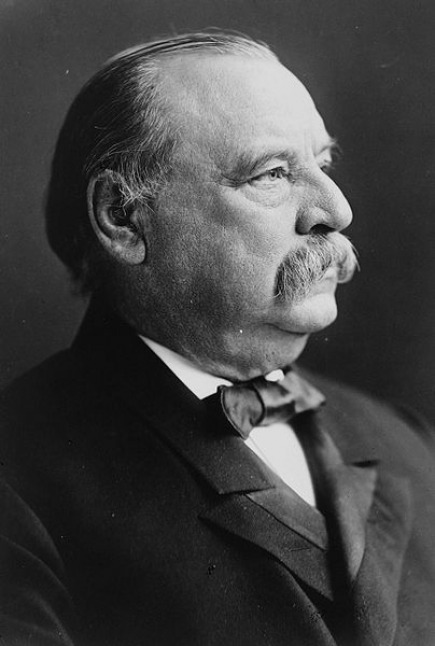 He was an honest and hardworking President

This house was built as the Manse for the Pastor of the First Presbyterian Church in Caldwell.  Grover Cleveland was named for Stephen Grover, the pastor whose Church his father had recently taken over.  He was born on March 18th, 1837.

In 1892, Grover Cleveland and his family moved to Princeton after delivering a speech at Princeton University, (then known as The College of New Jersey), because they loved the city.  This home is called "Westland".

After visiting Pierce's grave in August, we were not able to go to any others over the summer, and then school started again in September, so that stopped us for quite a while.  Over Christmas break, we decided to go to New Jersey to visit Grover Cleveland's grave.  We were deep in snow, and it took a while, but we arrived at the cemetery.  After locating Cleveland's grave, we looked around for other famous people.  We did locate Archibald Alexander and Aaron Burr, Jr., and then decided to leave, we again were caught in traffic.  It was anonymous, it did not mention the presidency, (probably due to his unpopularity during the deppression in 1897). 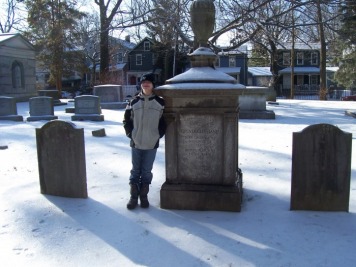 This is me by Grover Cleveland's Grave. 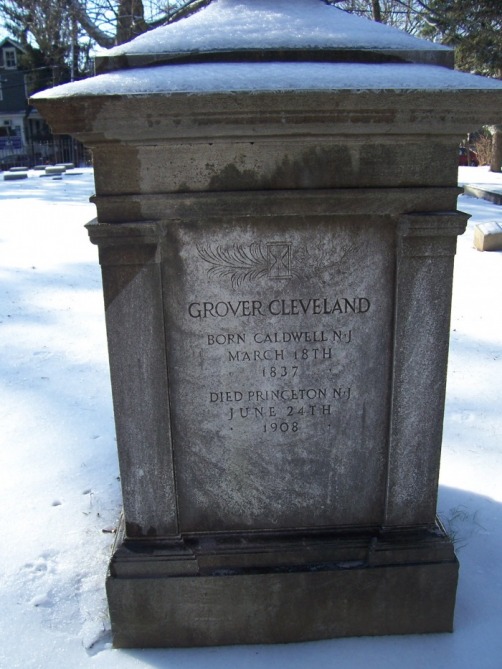 This is the inscription on his grave.

Dad and the Grave 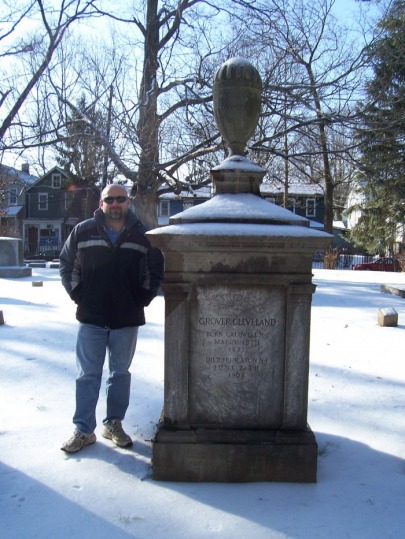 This is my dad by the grave. 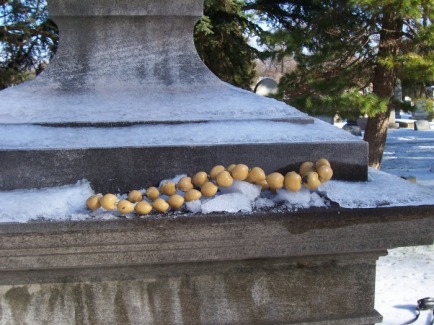 Another piece of garbage. 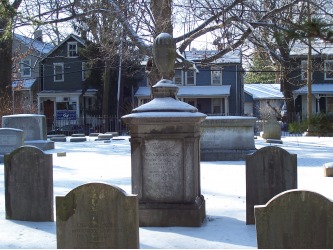 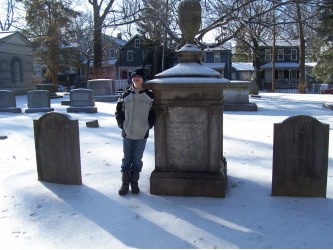 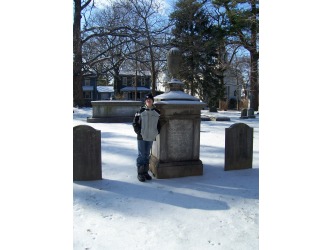 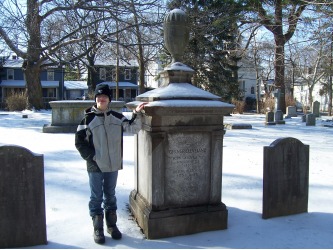 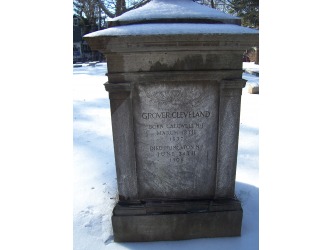 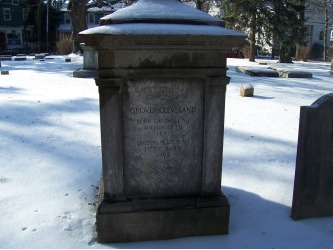 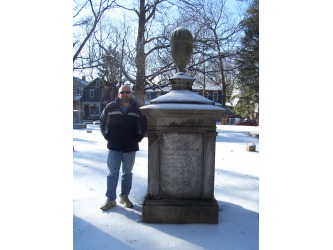 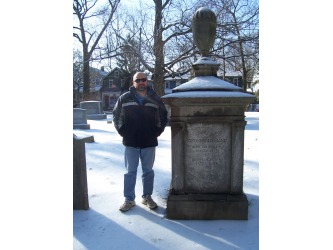 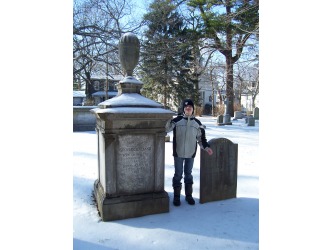 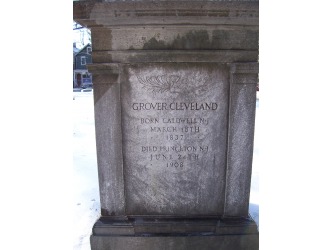 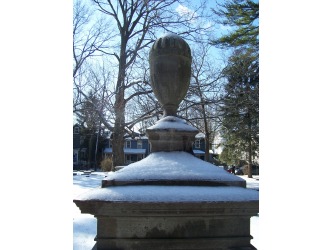 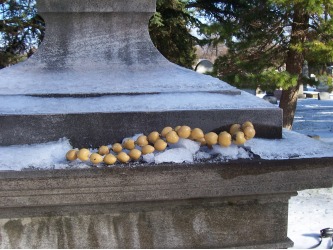 On Niagara Square, there stand monuments to three Presidents, among them is Grover Cleveland.

After finding the McKinley Monument, we found the Cleveland one.  It was much larger than I had expected, as seen by comparing me to the statue. 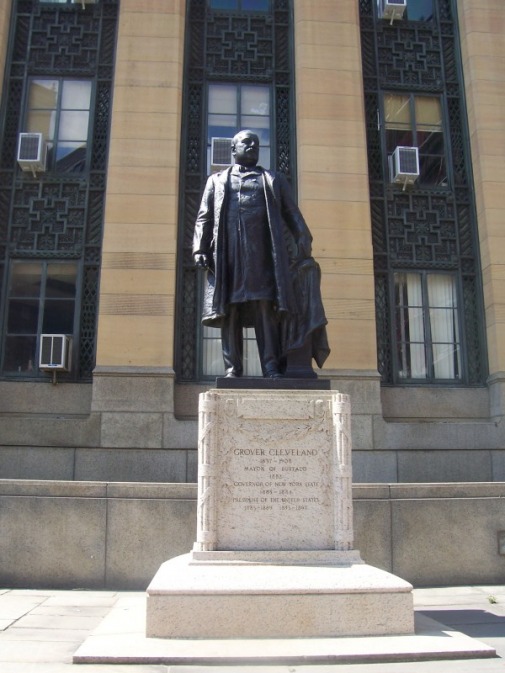 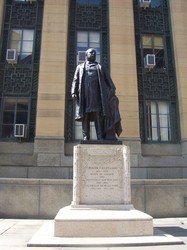 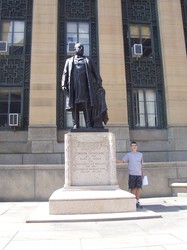 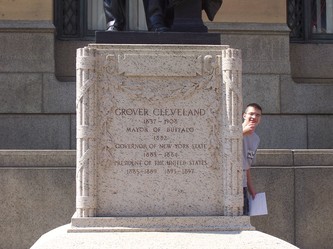 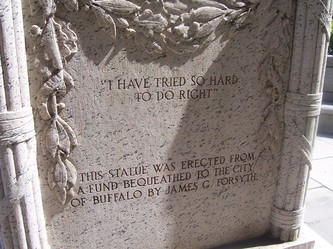