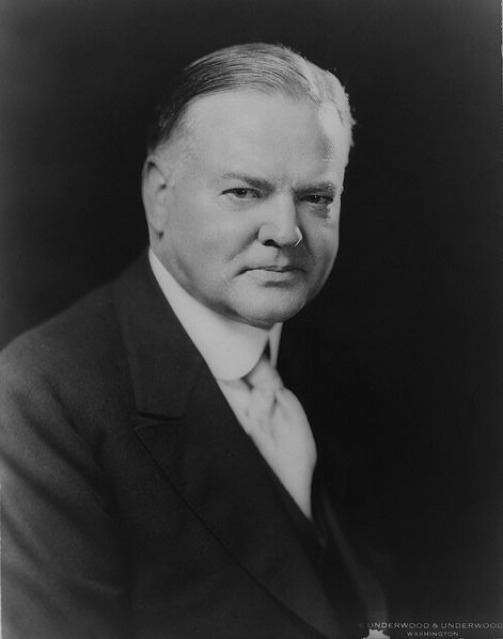 The Great Deppression took place during his Presidency

Tried to get laws passed that helped farmers, the unemployed, and businesses

The oldest surviving residence in Newburg, Herbert lived here from 1885-1889.  It is called "Hoover-Minthorn House".

In 1920, while he was serving as Secretary of Commerce, Herbert rented this house.

This Library contains works by or on Herbert Hoover.  The Museum contains many exhibits on Herbert and Lou Hoover.  He died of old age in 1964, at age 90.  Only John Adams, (aged 93), Gerald Ford, (aged 93), and Ronald Reagan (aged 93), have lived longer.