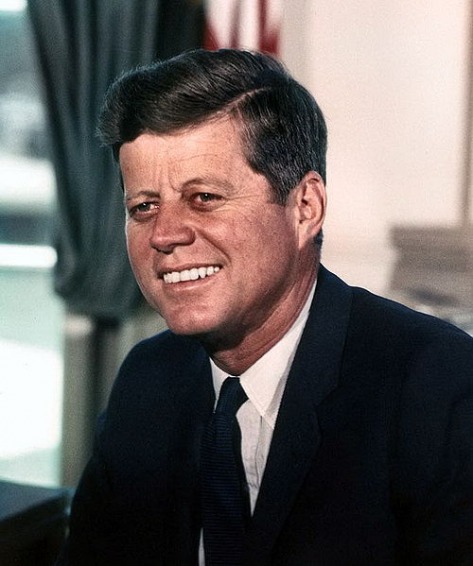 Assassinated while in office

Worked to make sure all people had equal rights

Worked to keep Russian forces out of Cuba

Was President during the Cuban Missal Crisis, a period of high tensions in America

On November 22nd, 1963, while riding through Dallas in the Presidential Limosine, Kennedy was shot by Lee Harvey Oswald.  Oswald was perched on a window ledge of the Texas Book Depository, the sixth floor of it now has a museum to Kennedy.  The spot where the car was at the time of the shooting is marked with a white X.  The limo is now in the Henry Ford Museum in Dearborn, Michigan.

Kennedy died at Parkland Memorial Hospital that same day.  While the deathbed is no longer there, there are a number of plaques throughout the hospital, including ones on the exact location where he died.

Overlooking Boston Harbor amidst the noise and traffic of Boston, sits the John F. Kennedy Presidential Library and Museum.  It is located on the campus of the University of Massachusetts.

On November 22, 1963, John Fitzgerald Kennedy was shot by assassin Lee Harvey Oswald.  After his death and lying in state, he was buried in a simple 20' x 30' plot.  But over a period of 3 years, 16,000,000 people visited the grave.  They decided to move his body to a more suitible location below the Arlington House.

Upon entering Arlington, we looked around, and with the help up many signs, found "JFK's" grave.  We took many pictures, admired the eternal flame, and then we were off to find Taft. 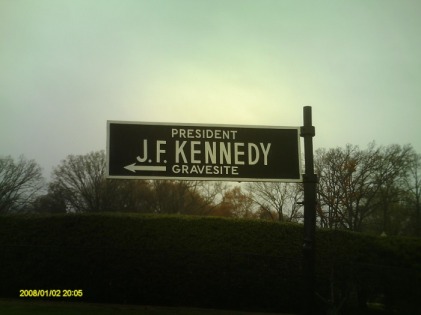 This pointed out his gravesite. 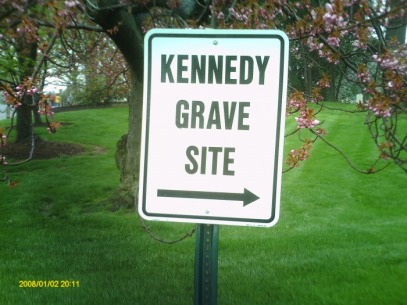 This was at Arlington, by JFK's grave. 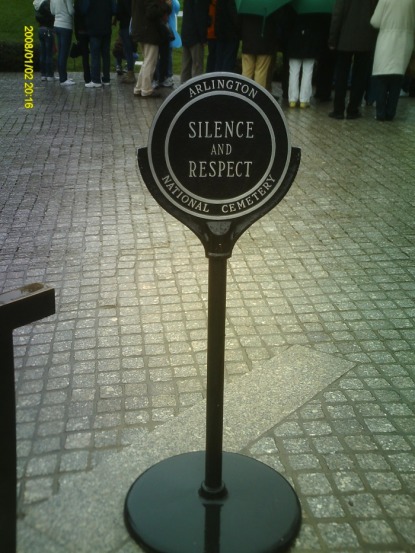 The light reflected of of this grave, allowing me to get a bad picture, I believe it is Robert F. Kennedy's grave.  This is why the Old Guard at the Tomb of the Unknown Soldier must wear glasses. 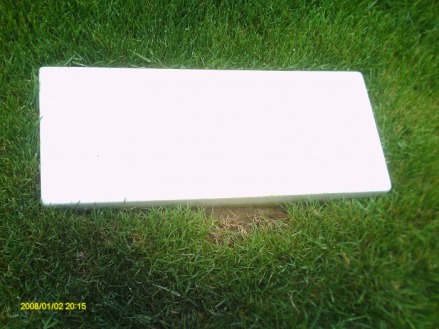 Lit by Jacqueline Kennedy on Novemeber 24, 1963, (the day of his funeral), it has never gone out since. 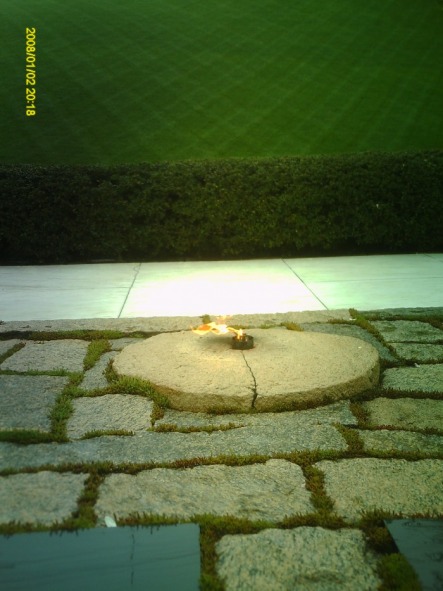 This is JFK's grave. 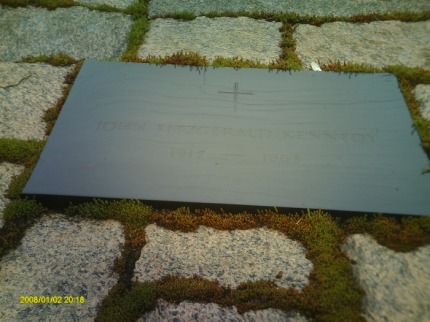 This is Jacqueline Kennedy's grave. 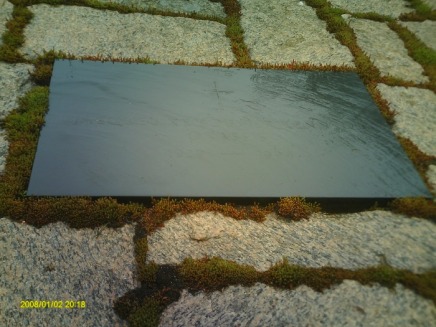 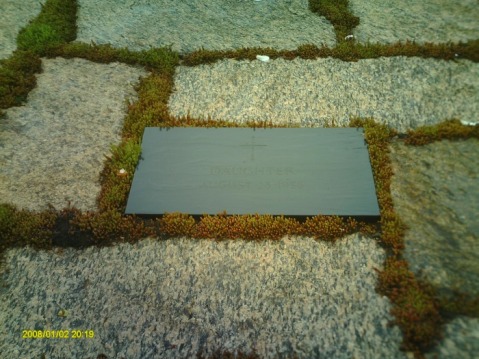 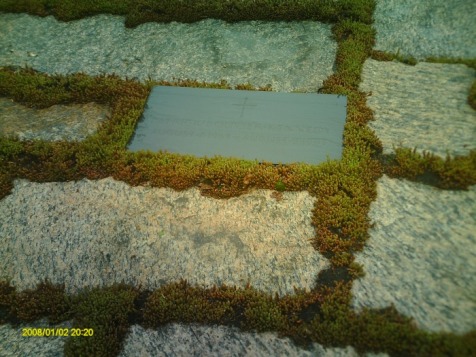 Me by the Grave

This is me and my brothers by the grave. 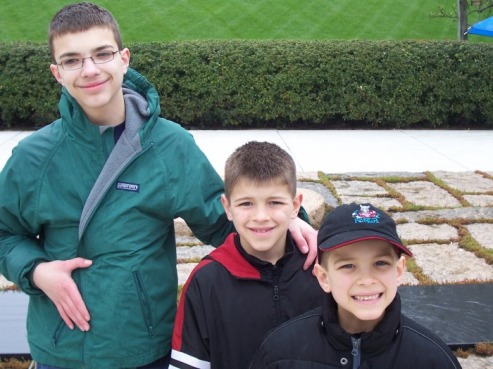 Dad by the grave

This is my dad by the grave. 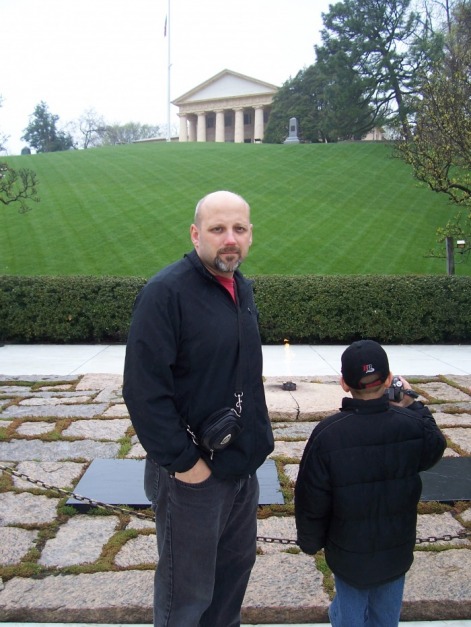 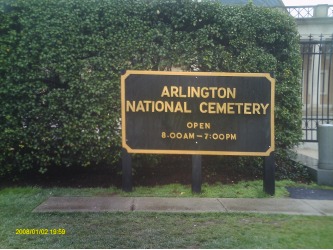 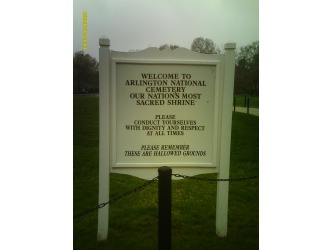 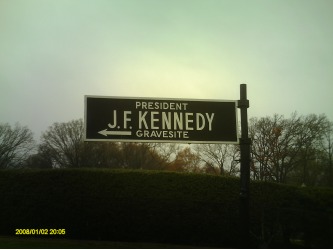 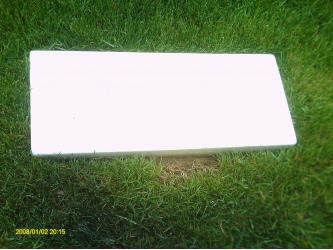 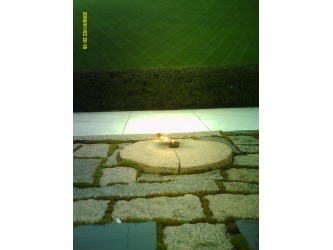 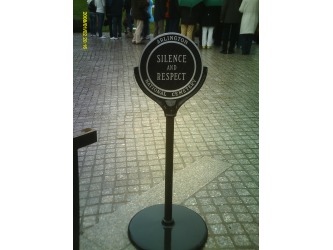 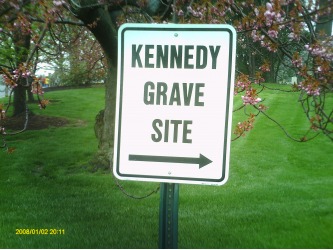 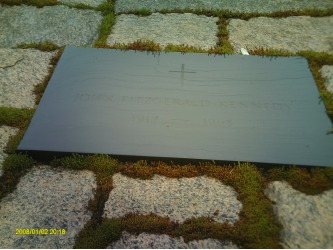 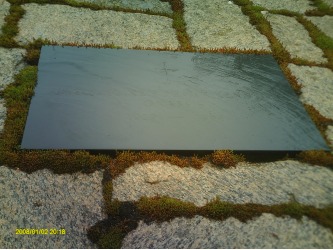 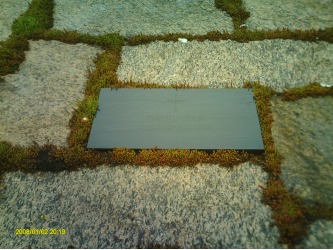 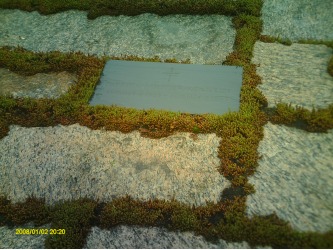 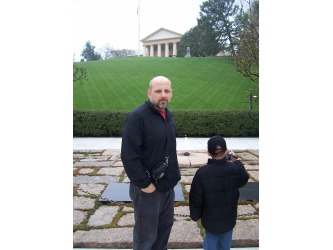 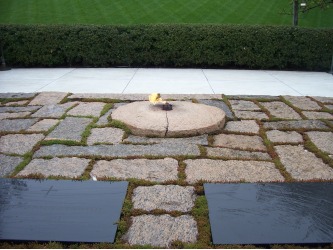 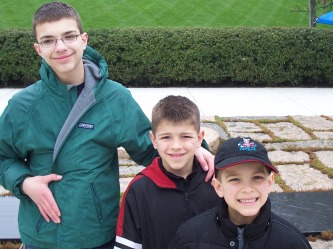 In the old Town Hall building is a museum dedicated to the President.

The JFK Memorial Plaza includes a Cenotaph to Kennedy.

Located where the Magna Carta was sealed is a memorial to JFK.

Yad Kennedy is a memorial to him as well.  It has an Eternal Flame.

A bust of him is located in Kennedy Memorial Park.

A bust of him is located on campus of Université du Québec à Montréal.