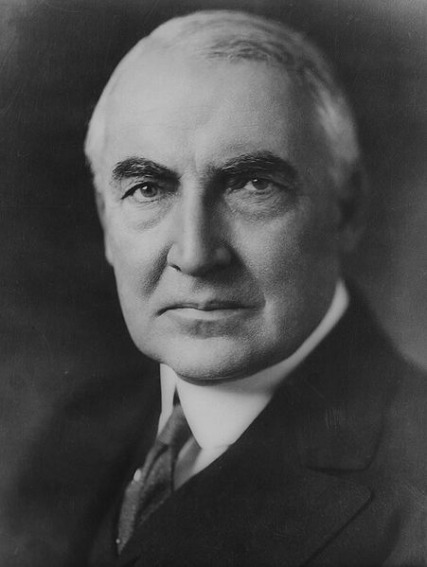 Died while in office

Often ranked as one of the worst Presidents of all-time

Worked to set up a budget for the federal government

Believed that the number of immigrants to the U.S. should be limited

In 1920, while running for President, Warren Harding conducted his "front porch" campaign here.  It is now a museum dedicated to him.

In 1926, construction began on this huge permanent resting place.

In 1923, Warren G. Harding was interred here, in the receiving vault for Marion Cemetery.  His wife was also interred here after her death in 1925.