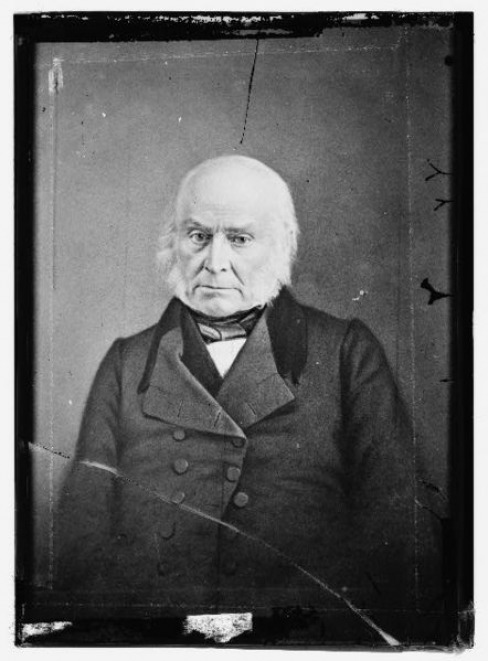 Was a U.S. diplomat, senator, and secretary of state

Recognized that a person's abilities mattered more than their political party

John Quincy Adams's activities as President included swimming in the Potomac River, history has it that one time, his clothes were stolen while he was swimming.

Located just 75 feet from the birthplace of his father, John Quincy Adams was born on July 11th, 1767. 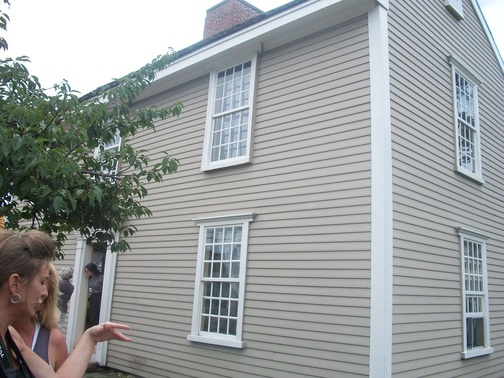 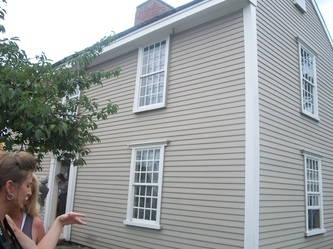 John Quincy Adams's family lived here from 1788-1927.  The house contains a garden, an orchard, and a library.  It is named "The Old House at Peacefield".

After touring the birthplaces, the tour continued on to the Adams Family home.  The home contained many rooms and the tour of the home took quite a while, so long in fact, that in the middle of the tour, my mom and my brothers had to leave to go back outside.  My father and I were the only ones who made it through the tour in its entirety. 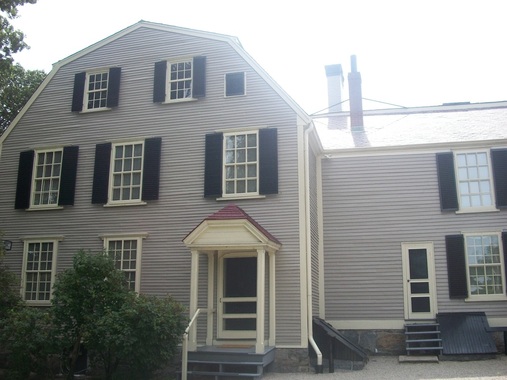 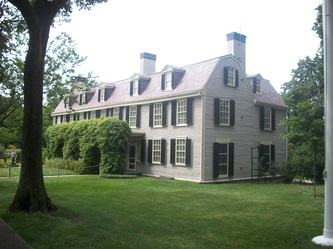 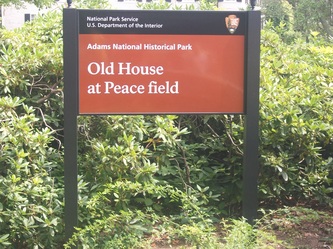 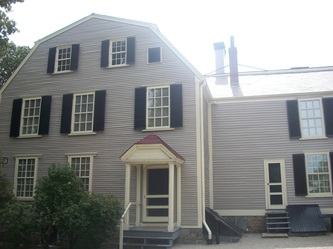 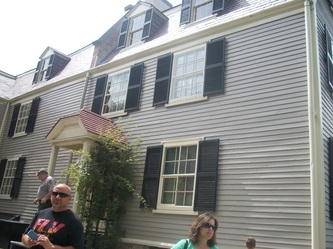 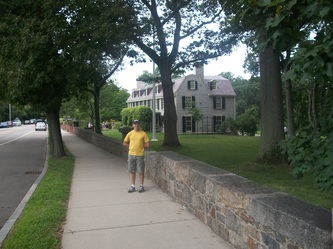 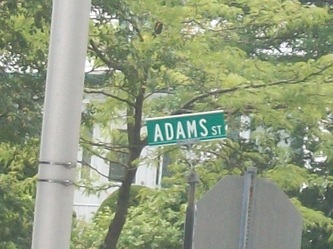 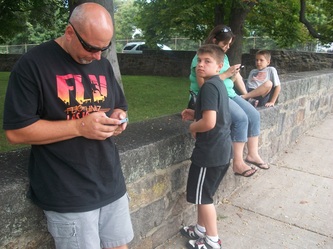 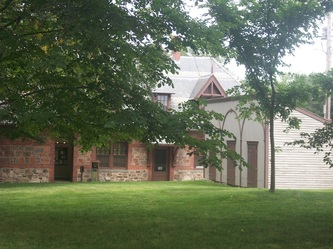 Since this was the first trip my mom and brothers attended, they were "introduced" to the ussual routine in the car on the way there, (the conversing of the President's terms, facts about them, etc.)  My brothers were a bit bored, they probably thought I was crazy by the time we arrived! 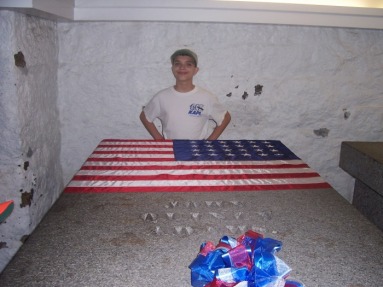 Me by John Q. Adams tomb 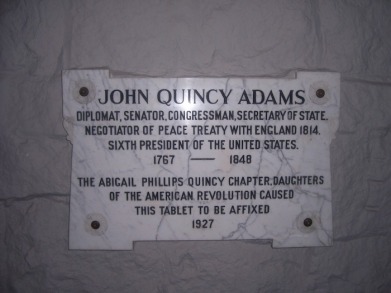 Plaque outside of tomb 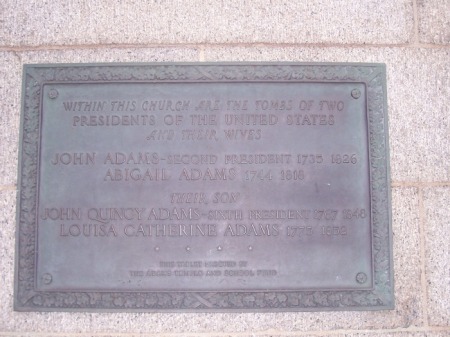 John Quincy Adams is buried with John Adams and their wives. 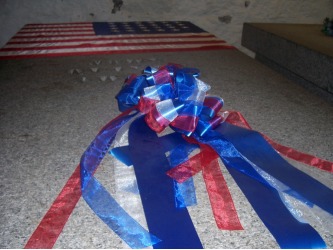 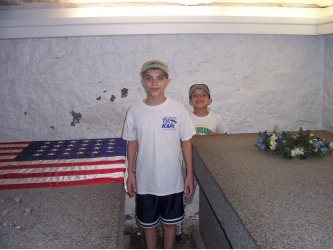 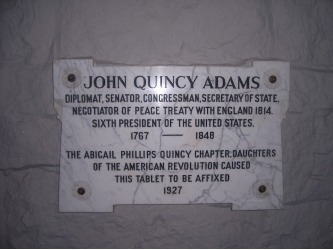 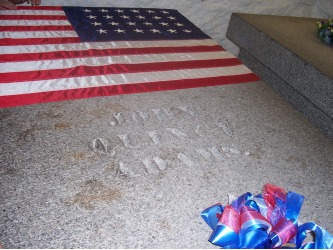 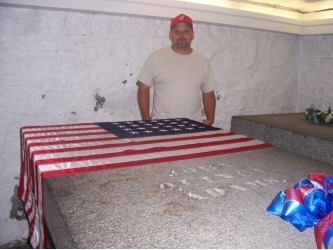 In 1848, only moments after casting a loud "No!" vote to decorate officers serving in the Mexican-American War, a severe stroke hit him, and he collapsed, falling onto his desk, then onto the floor, in the U.S. Capitol Building.  He was taken to the Speker of the House's Room, where he died on February 23rd, 1848.

After being taken out of the Public Vault at Congressional Cemetery, John Quincy Adams's body was taken to Hancock Cemetery, so he could rest beside his parents.